I had the opportunity to design and build an interactive lookbook for Porsche in 2011. Every year Porsche publishes a book of photos showcasing their cars for other Art Directors, in the hopes those cars will appear in ads and spreads. Working with Jonathan Sawitsky and Garret Mulder, I developed a web application that would allow users to drag and drop cars, backgrounds and other images onto a canvas to create on-the-fly layouts using Porsche cars. Users could upload their own images and also download static images of their layouts, or share them with friends.

One of the requirements was to make the application available on iPads, which ruled out using a Flash-based interface. The application was built with JavaScript using Backbone.js for organization and the Raphael.js SVG library to handle the layout feature. Raphael allowed us to target Internet Explorer via it's SVG to VML mapping feature. Apache Batik was used on the server to rasterize the SVGs to PNG. 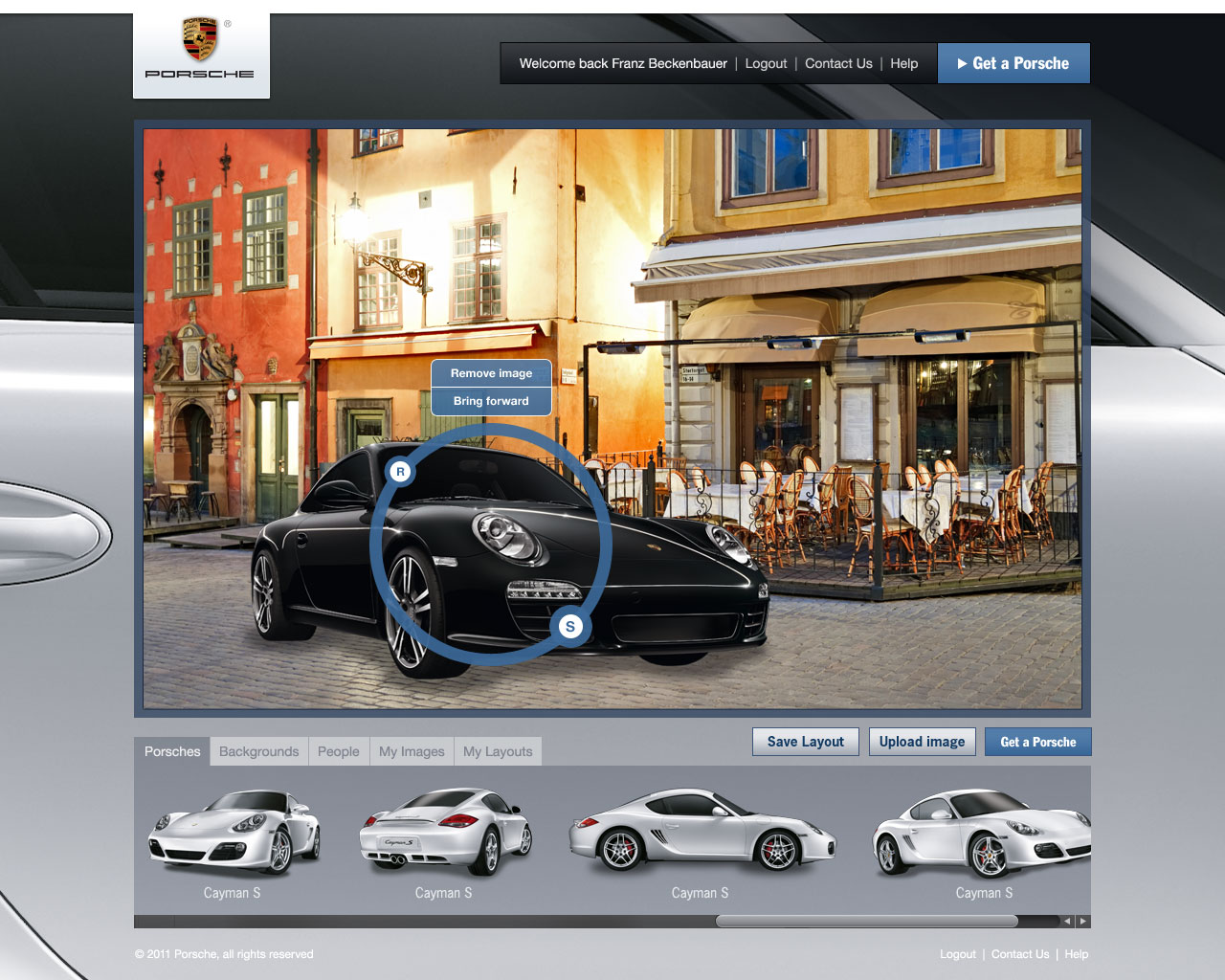 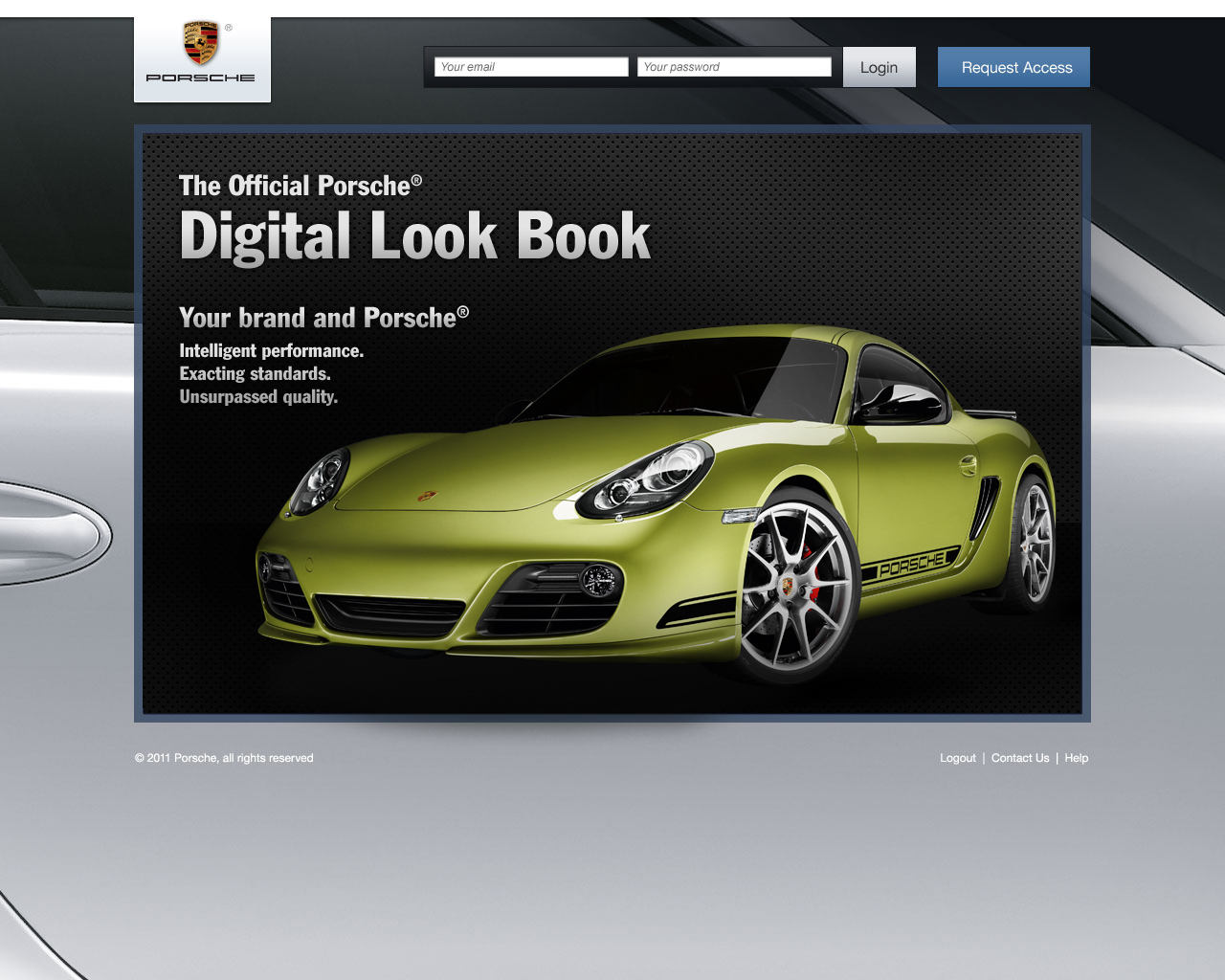